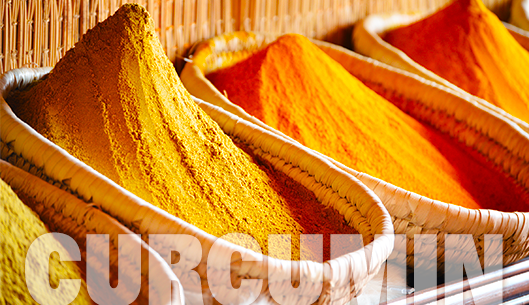 No changes to curcumin formulations, only name changing

EuroPharma, Inc.®, maker of the Terry Naturally® brand of dietary supplements, announced today that there will be a change in the name of the branded curcumin used in both their CuraMed and Curamin families of products.

EuroPharma partners with an excellent manufacturing and research facility in India called Arjuna Natural Extracts Ltd. Arjuna developed the patented curcumin-turmeric essential oil process that results in a highly effective form of this beneficial herb, and they are the holder of 13 patents on this curcumin, with additional patents on other botanicals as well.

The trademarked BCM-95 name for this ingredient is owned by the U.S. distributor, DolCas Biotech, LLC. 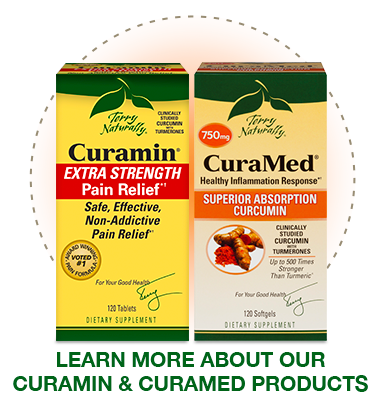 After working together for 10 years, the U.S. distributor, Dolcas Biotech, based in New Jersey and Arjuna Natural Extracts, Kerala, India could not reach an agreement to extend their contract.

Since the manufacturer and the distributor have decided not to renew their contract, the name of the branded ingredient will change, but this change will have no impact on the quality ingredient found in the CuraMed and Curamin lines of products. Only the ingredient brand name is changing.

Therefore, the name “BCM-95” Curcumin will be changing to “Curcugreen” Curcumin. The estimated timing of this change is January of 2019. EuroPharma, Inc. will continue to have exclusivity on this superior curcumin in the retail health food market and practitioner channel for both the U.S. and Canada.

Curcugreen (formerly BCM-95) remains the most clinically studied, enhanced absorption curcumin in the world, with over 50 published studies.

“Our partners chose the name Curcugreen to reflect their ongoing sustainability efforts, which include exclusive use of solar power in the manufacturing process, rainwater harvesting, and cutting edge waste purification treatment practices. They also plant up to 50 acres of trees a year as part of their green initiative,” states Terry Lemerond, president and founder of EuroPharma, Inc.

“As another aspect of the green initiative, the entire extraction process for Curcugreen utilizes only food grade solvents, and there are absolutely no synthetic ingredients added to artificially affect absorption. Curcugreen relies on the patented turmeric essential oil process for both enhanced health benefits and improved absorption. Curcugreen contains only ingredients that are typically found in the rhizome (root) of the turmeric plant,” states Lemerond.

The branded name of the clinically studied BosPure Boswellia will also be changing at a later date.


EuroPharma, Inc., maker of the Terry Naturally® brand, offers clinically proven and effective nutritional supplements that improve the health of America. Terry Lemerond, founder and president of EuroPharma, is well-known for innovation, and is credited as the first to introduce glucosamine sulfate and standardized Ginkgo biloba to the U.S. natural products market. The full line of Terry Naturally products is available throughout the U.S. in both the health food store and professional distribution channels. At EuroPharma, Our Passion is Your Health®.